We are now offering Telemedicine appointments. Please call our office or book online. 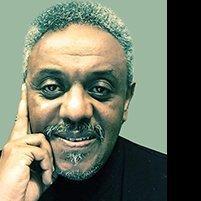 Liposuction is a minimally invasive surgical procedure for the treatment of unwanted body fat. The treatment can be performed in a hospital setting under general anesthesia or in an office under local anesthesia.

What is tumescent liposuction?

Tumescent Liposuction is the use of subcutaneous infiltration of tumescent fluid which contains lidocaine, an anesthetic, epinephrine, a vasoconstrictor that helps minimize bleeding and bruising during and after surgery, followed by suction-assisted aspiration of fat by using an aspiration cannulae.

What is the difference between a hospital based versus an office based tumescent liposuction procedure?

Who is a good candidate for this procedure?

The treatment is best suited for patients that are close to their ideal weight, who exercise and eat nutritionally balanced healthy foods but who can’t get rid of the

What is involved from start to end?

Initially, the patient comes in for a consultation. Once it’s decided he or she needs liposuction, the patient undergoes a complete physical exam and labs are ordered. On the day of the procedure the patient is weighed, and the area to be treated is identified. Once in the surgical suite, the area to be liposuctioned is infiltrated with tumescent fluid followed by aspiration of the excess fat already identified.

Once finished the patient is bandaged and dressed up appropriately and when ready, is sent home accompanied by friends or family.

Is the procedure safe?

The procedure is very safe.The risks of complications are much lower than for patients treated under general anesthesia in a hospital setting.

What are the risks involved?

What is the downtime?

Minimal downtime, most patients go back to work within 1-3 days as compared to days to weeks for patients treated under general anesthesia in a hospital setting.

Is the procedure expensive?